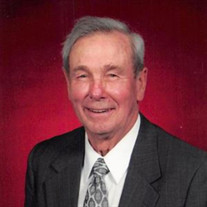 Willis G. Hagan, 86, of Carolina Street, died at 4:25 a.m. July 9, 2020, at Our Hospice of South Central Indiana Inpatient Facility. Willis was born January 17, 1934, in Spencer County, Indiana, the son of Lester W. and Clara Ann Wetherill Hagan. He married June Wallace April 18, 1957. He graduated from Chrisney High School in 1952 and received his B.S. in Education in 1955 from Indiana State University. In 1961 he received his M.S. in Education from Indiana University, and continued to support his Hoosiers as a faithful home spectator and with a proud display of the annual Basketball team roster. Willis was a veteran of the U.S. Army, having served from 1957 to 1959. Willis began his teaching career in Tell City, Indiana. In 1956 he moved to Columbus and began his career with Bartholomew County School Corporation as a teacher at Central Junior High. He was a teacher and assistant principal at Northside Junior High, assistant principal at Southside Junior High, and spent the last 13 years of his career as principal of Central Middle School. He was awarded the BCSC Education Hall of Fame Award in 1991 and the Sertoma Service to Mankind Award in 1993.Willis was a member of the BCSC Retired Teachers Association and a life member of the National Education Association. He was a member of Asbury United Methodist Church where he served as chairman of the church council, an active member of the Methodist Men, coordinated activities for DMA, and participated in many other volunteer activities. Willis was a proud member of Optimist International, where he served as Governor of the Indiana District in 1970-1971. For many years, he was a popular target at the Dunking Booth at the 4-H county fair to support the organization. In his retirement he continued his volunteerism at the Senior Center, Love Chapel, and assisting his neighbors with snow removal, leaf raking, gutter cleaning, trash can retrieval, and providing produce. The funeral will be conducted at 10 a.m. Saturday, July 18, 2020, at Jewell-Rittman Family Funeral Home with Pastor Dave Blystone officiating. Calling will be 4 to 8 p.m. Friday and one hour prior to the service. Entombment will be at Garland Brook Cemetery Mausoleum with military honors presented by the Bartholomew County Veterans Honor Guard. The family requires all visitors please wear a mask. Memorials may be made to Asbury United Methodist Church in memory of Willis. Survivors include his wife, June; daughter, Coleen H. Albright of Noblesville; brother, Howard (Margaret) Hagan of Evansville; grandchildren, Amy (Ben) Seagren and Emily Albright; and several nieces and nephews. He was preceded in death by his parents; brothers, Lloyd Hagan, Ralph Hagan and Garland Hagan, and a sister, Pauline Eblen; and a son-in-law, Robert P. Albright.

The family of Willis G. Hagan created this Life Tributes page to make it easy to share your memories.

Send flowers to the Hagan family.