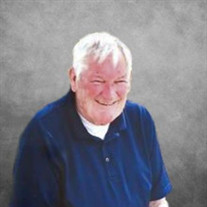 William D. “Bill” Grider, 79, of Columbus, passed away Wednesday, March 23, 2022 at Our Hospice. He was born September 26, 1942 in Henryville, Indiana to Filmore Grider and Agnes Taylor Grider. He married Karen S. Sylvia on July 8, 1962. Bill retired from Columbus Auto Supply after 45 years. After retirement he enjoyed driving the tour bus for The Visitor’s Center, taking visitors to tour the Irwin Miller Home. He was a proud father; he enjoyed flying with his son Kevin and being involved with his late son Kerry and his grandson, Eric’s racing. Bill enjoyed landscaping and took great pride in his yard. He was a kind, and gentle man, with a wonderful soul, and was loved by everyone who knew him. Funeral Services will be held at 2:00 p.m. on Saturday, March 26, 2022 at Jewell-Rittman Family Funeral Home with Pastor Jeff Jones officiating. Calling hours are from 4 p.m. to 7 p.m. on Friday, March 25, 2022, at the funeral home and one hour prior to the service. Burial will be held at Flat Rock Baptist Cemetery. William is survived by his wife Karen S. Grider; son, Kevin D. (Tracy) Grider of Columbus, IN; daughter-in-law, Patti Grider of Columbus, IN; grandchildren Eric (Dallas) Grider, Courtney (Colin) Grider, Ashland (Hunter) McCullough, Tristan Grider, Addison Grider, Hayden Grider, and Ellison Grider; great-grandchildren Caroline Rich, Vivian Watson, and his “buddy”, Tucker. He is preceded in death by his parents, his son Kerry D. Grider; brothers, Floyd Grider, and Phillip Grider. You are invited to view his video tribute, light a virtual candle and send a message to the family via the internet. www.jewellrittman.com.

The family of William D. "Bill" Grider created this Life Tributes page to make it easy to share your memories.

Send flowers to the Grider family.