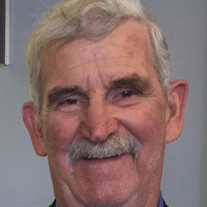 A celebration of life service will be held later in Indiana. Bill Beard, 75, of Page, Arizona, passed away suddenly on February 13, 2022. Bill was born in Ballinger, Texas, on July 12, 1946 to the late William Harvey Beard and Lydia Ann (Courvisier) Beard. He was the 4th child with 3 older sisters, Carol McQuirk, Jennie (L. D.) McCoy and Patti Baker, who survive. Bill grew up in Ballinger Texas where extended family lived close to each other. They later moved to Abilene, Texas where Bill attended Cooper High School and graduated in 1964. He won the State Championship in Track and Field for Shot Put with a State record for the event. Bill was a very good football player for Cooper High School and they won many games. His athletic accomplishments led him to receive offers to play in college. He ultimately decided to play at Anderson College, Indiana, where his parents and sisters moved after his graduation. At Anderson College, Bill played football and received the All Conference Tackle title his freshman year. In 1967, Bill was drafted to the U.S. Army during the Vietnam War. He went to the Ft. Campbell training center and was deployed to Korea for active duty. He was released from the Army in 1969. After the Army, Bill returned to Anderson College to finish his studies. He helped the Anderson College Ravens Football team win Championships in 1969 and 1970. Bill also competed in Track and Field during college and earned the Track and Field MVP in 1971. After completing college, Bill decided to travel to Arizona in 1973 as a short-term missionary from his church in Anderson, Indiana. He met his wife, Sally, at Southwest Indian School. They married at Hidden Springs Bible Church on August 31, 1974. Bill and Sally moved to Wilmore, Kentucky after their marriage. Sally attended Asbury College while Bill attended Asbury Seminary School. They welcomed their son William Charles nicknamed “Chuck” in Lexington, KY in 1975. Bill moved his family back to Arizona in 1978 where they welcomed their daughter Marinda Ellen nicknamed “Rinnie”. In 1979, Bill and family moved back to Indiana where he worked, while Sally attended Anderson College. He was a Pastor at Lapel Faith Chapel and coached at a local High School football team and then coached for the Anderson College Football team. This time in Indiana was very special to Bill. His children, nieces and nephews were growing up together and Bill was happy to be very close to his extended family. We lived across the street from his parents. Many weekends and family events were spent with his parents, sisters and their children. Family was always a priority. Bill and family moved back to Arizona in 1983 to be closer to Sally’s side of the family, where he started working at Wahweap/Lake Powell Resorts. He took great pride in his work and retired in 2016, after 27 years, as a Security Guard Supervisor. During the time he worked at Wahweap, he also volunteered at the Page Fireworks for over 20 years. He took Scuba Diving classes and helped to clean Lake Powell for many years as well. He enjoyed working and living at Wahweap, and had fun boating and swimming with our family as much as possible. Bill had many accomplishments, but most important to him was his love for God and his family. He was a Deacon at the Page Baptist Church and was very knowledgeable in the word of God. He counseled many to find their way to the Lord and was always willing to listen and help when he could. Bill is survived by the love of his life, Sally, wife of 47 years. He will forever be the hero and role model to his son, Chuck and daughter Marinda. He has been so helpful in co-caretaking for his mother in law, Lillie Nakaideneh. His dog “Juno” was a faithful companion and they went on many long walks together. He was beloved “Grandpa Beard” to four grandchildren, Emma, Deacon, Dean and Griff. His true joy was attending sports events for his grandchildren. He coached the boys in little league baseball and football and attended many of Emma’s volleyball games. Most recently he loved traveling to Phoenix to cheer on Deacon, Dean and Griffs baseball, football, and soccer games and went to many Diamondbacks Baseball games, Texas Christian University Baseball and football games, and went to the Arizona Cardinals game on Christmas Day with Chuck, his wife Jocelyn and sons. His love of sports continued throughout his life and we enjoyed going to games with him. Throughout his time in Arizona, we kept in close contact with his extended family through family reunions every 2 years. Many reunions took place in Colorado Springs, Colorado, then Tennessee and the last 14 years in Gulf Shores, Alabama. We enjoyed traveling to visit them in many states and went on fun adventures to visit family in Glacier Montana, Palo Alto, California, Texas, and always returned to Indiana where his parents are buried and family still lives there. He loved having conversations with his sisters and spending time with nieces and nephews who loving called him “Uncle Billy”.

A celebration of life service will be held later in Indiana. Bill Beard, 75, of Page, Arizona, passed away suddenly on February 13, 2022. Bill was born in Ballinger, Texas, on July 12, 1946 to the late William Harvey Beard and Lydia Ann (Courvisier)... View Obituary & Service Information

The family of William Kenneth Beard created this Life Tributes page to make it easy to share your memories.

A celebration of life service will be held later in Indiana.

Send flowers to the Beard family.