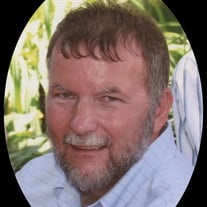 FOR THE SAFETY OF FAMILY AND FRIENDS,MASKS ARE REQUIRED. Timothy Allen Warlick, 66, passed away near his home on September 19, 2021. Tim was a resident of Sahuarita, Arizona for the last 11 years. He was born on March 3, 1955, in Glen Cove, NY. He also lived 21 years in Columbus, IN, 11 years in Spanish Fort, AL, and 2 years in Fort Collins, CO. After graduating from Beavercreek High School in OH in 1973, Tim obtained his Bachelor of Science in Mechanical Engineering from Auburn University. He later acquired his Professional Engineering license in Indiana in 1985. Tim held research, design, and management positions at various companies including Teledyne Continental, Cummins, and Raytheon Technologies, where he retired in 2017 as an Engineering Fellow. His work resulted in several patents, innovations and technical publications. He was an active member of the Society of Automotive Engineers and the American Society of Mechanical Engineers. Tim also said we all needed to “have hobbies” outside of work. He completed several half marathons, bike races, and duathlons. He served on the St. Peter’s Lutheran School Board and was involved with youth soccer, the Optimist Club, and Habitat for Humanity. Passionate about cars and motorcycles, he was involved with the Santa Cruz Valley Car Nuts and the Seat Rider Motorcycle Club in Tucson. Though he loved restoring vehicles, he was most proud of building three-wheeled vehicles (trimuter, tri-magum, and XR3) and a 2004 Kolb Mark 3 Classic experimental airplane---much to the chagrin of anyone who hoped to ever park in the driveway. He genuinely loved his life. He stayed busy, but he would talk of the importance of slowing down and enjoying the good times, especially when family was together. Tim rode motorcycles, presented at car shows, watched Auburn football, ate Sonoran hot dogs and good gumbo, and he repeatedly drove across the country in his RV with his wife and dog, Zoey, to explore new places and visit his family and friends. He is survived by his wife of 37 years, Nadine Sue (Lienhoop) Warlick and his seven children: Anthony (Elizabeth) Warlick of Crossville, TN and children, Johnathan and Jayne Elizabeth; Russell (Jaime) Warlick of North Vernon, IN and children Etta, Samuel, and Whitcomb; Melissa Irvin of Perrysburg, OH and children Hannah, Alexia and Jordyn; Kaydi (Jason) Heitman of Gilroy, CA and children, Kynzie and Asher; Craig (Amy) Warlick of Hattiesburg, MS and son Rye Allen; Ross (C.C.) Warlick of Huntsville, AL; Kent (Morgan) Warlick of Orem, UT; and his sister, Judy Warlick Simmons of Xenia, OH. Tim is preceded in death by parents, John Henderson Warlick, Jr., and Evelyn Martin Warlick, and grandson, Joseph Warlick. Visitation will be held on Monday, October 4, 2021, from 11:00 a.m. until 1:00 p.m. at the Jewell Rittman Family Funeral Home, 3855 25th Street, Columbus, Indiana followed by the funeral service at 1:00 p.m. with Pastor Mark Teike officiating. Following the service, Tim will be laid to rest in Garland Brook Cemetery. For the safety of family and friends attending, masks will be required for the visitation and service. In lieu of flowers, memorial donations can be made to St. Peter’s Lutheran Church, the Joseph Warlick Memorial Foundation, or a charity of the donor’s choice. You are invited to view Tim’s video tribute, light a virtual candle of remembrance and share a condolence or a favorite memory of Tim via the funeral home website: www.jewellrittman.com

FOR THE SAFETY OF FAMILY AND FRIENDS,MASKS ARE REQUIRED. Timothy Allen Warlick, 66, passed away near his home on September 19, 2021. Tim was a resident of Sahuarita, Arizona for the last 11 years. He was born on March 3, 1955, in Glen Cove,... View Obituary & Service Information

The family of Timothy Allen Warlick created this Life Tributes page to make it easy to share your memories.

FOR THE SAFETY OF FAMILY AND FRIENDS,MASKS ARE REQUIRED.

Send flowers to the Warlick family.