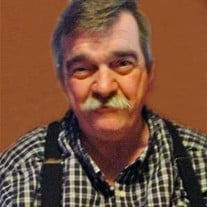 Thomas Raymond “Tom” Marino, 70 years old of Columbus, Indiana, died at 2:35 a.m. January 28, 2020, at Community South in Indianapolis. Tom was born November 18, 1949, in Dade City, Florida, the son of James Thomas and Cynthia Harper Marino. He married Carol J. Bridgers on December 23, 1974. Tom was a proud veteran of the Vietnam war where he served in several duties including time as a Huey door gunner. Tom’s career started in Lakeland, Florida, where he was a school teacher and wrestling coach. He also spent time as Vice- Principal for a private academy. Tom then took the family to Rocky Mount, North Carolina. There Tom was instrumental in organizing a 24-hour Prayer Tower and also co-founded a local Christian radio station that brought live bands to the area. He also accepted a position with Consolidated Diesel Company which led to Tom’s final career move to Cummins Engine Company in Columbus, Indiana, where he worked as a Quality Control Engineer. Tom liked to spend time in the outdoors watching the wildlife, but his true joy came from spending time with his children and grandchildren. The memorial service will be at 11 a.m. February 1, 2020, at Jewell-Rittman Family Funeral Home with Larry Detwiler officiating, casual dress requested. Military Rites will be performed by the Bartholomew County Veterans Honor Guard. Calling will be from 10 a.m. until time of service at the funeral home. Memorials may be made to Our Hospice of South Central Indiana in memory of Tom. Survivors include his wife; sons, Matt (Erin) Marino, Nate Marino and Nicholas (Heike) Marino; and grandchildren, Kai Marino, Dominic Marino, Isabelle England, Greyson Marino, Florence Marino and Jaxon Marino. He was preceded in death by his parents and a sister, Carol Wehnert.

The family of Thomas "Tom" Raymond Marino created this Life Tributes page to make it easy to share your memories.

Send flowers to the Marino family.