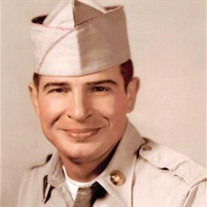 Robert L. Neff, 87, of Columbus, passed away August 11, 2019, at his home. Robert was born March 20, 1932, in Warsaw, the son of Edward S. and Blanche Konkle Neff. He married Rosemary VanGilder on April 4, 1952. Robert was a U.S. Army veteran, serving his country during the Korean Conflict. He graduated from Trine University, then Indiana University obtaining a Master’s Degree in Engineering. Robert was employed by Cummin’s Engine Company before striking out on his own and founding Apex Tool Company. He was an avid animal lover, and a member of Hope Masonic Lodge #150, Sandcreek Conservation Club, as well as the American Legion Post #24. Later in life, Robert loved to travel with his wife. He was able to visit Vietnam, return to Korea, and was able to fulfill a lifelong dream of walking the sacred beaches of Normandy. At the age of 85, Robert’s service to our country was honored during his attendance on the Honor Flight to Washington D.C. with his fellow veterans. A Masonic Memorial Service will be at 3:00 p.m. Sunday August 18, 2019, at the Jewell – Rittman Family Funeral Home. Friends may visit starting at 1:00 p.m. until time of services. All are welcome to stay for the Masonic Memorial service. Memorials may be made to the Bartholomew County Humane Society or Our Hospice of South Central Indiana. Survivors include his wife, Rosemary; children, Christine B. (Doug) Pearcy of Columbus, Debra (Paul Siwko-Bajon) Neff of Bloomington, and Fred (Ruth) Neff of Elizabethtown; and grandchildren, George William (Whitney Snyder) Pearcy, and Micheal Douglas (Ciera Craft) Pearcy. He was preceded in death by his parents as well as a granddaughter, Larissa Eve Neff.

The family of Robert L. Neff created this Life Tributes page to make it easy to share your memories.

Send flowers to the Neff family.