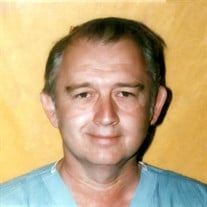 Dr Otto W (Ike) Wickstrom Jr, 87, passed away June 25th, 2021, at home. Dr Wickstrom was born Nov 10, 1933, in San Diego CA the son of a Captain Otto Wickstrom SR, MD, and Joy Wickstrom, a stern and loving schoolteacher. As a career Naval Officer, he and his family relocated from California, to Maryland, to Panama, to Chicago, and back to California. Ike would spend time in Stilesville, IN with his mother while his father was deployed in the Pacific during WWII. He graduated college from University of California, Berkley, attended Medical School at Thomas Jefferson University in Philadelphia, PA, began internship at Indiana University in Indianapolis, IN, and completed Orthopedic Surgery residency in Memphis, TN. Upon completion of his orthopedic surgery training, the Vietnam War was in full effect, and he immediately joined the Navy. He was promptly deployed on a ship during the Cuban Missile Crisis shortly after completing his training. Dr Wickstrom moved to Indianapolis for one year after honorable discharge from the navy, and settled in Columbus, Indiana where he practiced medicine with his father in the same office. He retired from that same building 45 years later, serving his community as one of only two bone doctors in Columbus and Seymour for many of the early years. He met his first wife Betty while in Stilesville. They moved to Philadelphia and then Memphis and started their family with the first of 3 beautiful daughters while he completed his training. He met his second wife at Columbus Regional Hospital and shortly after they were married had a son, who would follow in his father’s footsteps and eventually become the third surgeon in the family. While in Columbus, Dr Wickstrom started and managed Odyssey Antiques, Thompsons guns, Fat Cat Coal Company, Energy Ventures, and Oak Knoll Golf. He had one of the largest collections of German Lugers in the United States. He expanded into coal mining, an explosives distributor, quarry drilling, andeventually golf. He designed and built himself one of the longest golf courses in Indiana. After retiring from surgery, Dr Wickstrom reverted to his other passion, operating heavy equipment. He reclaimed 2 farms, and just finished the second in May of this year. Dr Wickstrom was a soldier and sailor, a father, a physician, a healer, a surgeon, and a mentor. He was one of the hardest working, toughest, dedicated, kind generous souls you will have ever known. Dr Wickstrom is survived by his wife Erma, his daughters Kathy, Jacqueline, and Cynthia, his son Otto, stepchildren Jennifer, Timothy, Douglas, and Andrew, grandchildren William, Noah, Brekken, Luke and Bradlee, Autumn, Rachel, Page, Adam, Ethan, Joshua, Nicole, and great grandchildren Braylnn, Alexia, and Ace. He was preceded in death by his parents Joy and Otto Sr, and stepdaughter Melissa. A private memorial service will be held at Jewell Rittman Family Funeral Home. In lieu of flowers, the family requests that memorial contributions be made to St Peters Lutheran Church. Donations may be made through the funeral home or directly to the church. Alternatively, donations may be made via Venmo @Otto-Wickstrom or Paypal.me/OWicky to help start an endowment in Dr Wickstrom’s name to fund education for children in the community and other charitable causes.

The family of Dr. Otto W. (Ike) Wickstrom Jr. created this Life Tributes page to make it easy to share your memories.

Send flowers to the Wickstrom family.