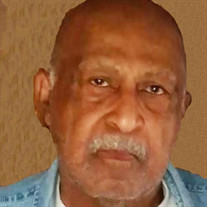 Noble Ralph Whitehead Jr., of Columbus, Indiana, died at 9:05 p.m., Wednesday, January 26, 2022, at Willow Crossing. Noble was born June 30, 1934, in Madison, Indiana, the son of Noble Ralph Whitehead, Sr., and Ruth Mae (Jenkins) Whitehead. He was an accomplished baseball and basketball player through high school, and Noble was proud to have served his country in the United States Army. Noble attended Indiana University where he began his love of the Indiana Hoosiers sports teams. Noble was married to Britt (Sloan) Whitehead. They divorced yet they continued to have a wonderful friendship He stayed involved in sports by coaching in a women’s softball league, and Noble attended Indianapolis Indians baseball games each summer with his family. His love of baseball continued as he and his brother, Edward Whitehead, enjoyed annual spring trips to the Major League Baseball Grapefruit League in Vero Beach to see the L.A. Dodgers play for over 20 years. He had a successful career with J.C. Penney and retired when he was the Manager of the Shoe Department. Noble was a friendly man who was greatly loved by his family and friends. He will be greatly missed. Noble liked to watch the Indiana Hoosiers and Indianapolis Colts sports games during his retirement with his friend, Jason McCord. Noble is survived by his sister-in-law, Paula Whitehead (Edward Whitehead), nieces; Dione Gordon (Charles Gordon), Dana Rutley (Connell Rutley, Dawn Michele Whitehead, great nephew, Christopher Gordon, great niece, Danielle Gordon, and a very dear friend, Jason McCord. He was preceded in death by his parents, Noble Ralph Whitehead Jr and Ruth Mae (Jenkins) Whitehead, and brother, Edward Whitehead. The funeral service will be at 10:00 a.m. Wednesday February 9, 2022 at Indiana Veterans Memorial Cemetery Madison Indiana

The family of Noble Ralph Whitehead Jr. created this Life Tributes page to make it easy to share your memories.

Send flowers to the Whitehead family.