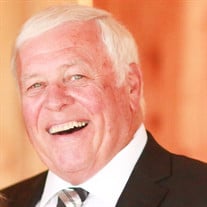 Michael C. Koester, 74 of Columbus, Indiana, passed away August 22, 2021 at Our Hospice of Southern Indiana. Michael was born in Batesville, Indiana on October 21, 1946, the son of Charles Koester and Carolyn (Emsweller) Koester. He married Marilyn (Legenhause) Koester on June 6, 1970. The couple have two children, Jason (Shannon) Koester of Columbus and Melissa (John) Koester-Weiler of Boulder, Colorado. In addition to being a loving husband and father, Mr. Koester attended college and served his country. He was a decorated United States Marine veteran, receiving several medals: one for National Defense Service, another for Vietnam Campaign and another for Vietnam Service. He was also recognized with a Vietnam Cross of Gallantry with Bronze and a badge as a Rifle Sharpshooter. Among his many honors, he was decorated with a Purple Heart for his service. His lifetime achievements also included 48 years at Cummins Engine Company in Columbus where he excelled as a Draftsman and later on Team Leader. When he wasn’t working Mike enjoyed Colts games, but more importantly enjoyed watching his grandsons Reid and Ridge play sports. Michael enjoyed singing. A former member at St. Peter’s Lutheran Church, he sang in the Adult Choir, Praise Group and Men’s Choir. He currently was a member of St. Paul Lutheran Church-Clifty. Surviving Mr. Koester is his wife, his children, and brothers, Robert (Rae) Koester and David (Beth) Koester, all of Batesville, Indiana. He is also survived by two grandchildren, Reid and Ridge Koester, along with nephews Gavin and Griffin Koester, Shawn (Lori) Erfmeier, great nephews Leyton and Spencer Erfmeier and Chris (Melissa) Erfmeier and great nephews CJ and Jon. Funeral services will be at 2 p.m. Saturday, August 28, 2021 at St. Paul Lutheran Church-Clifty, 6045 East State Street, Columbus with the Pastor Doug Bauman officiating. Calling hours will be noon Saturday at the church until service time. Burial will be in the St. Paul Evangelical Lutheran Church Cemetery. Arrangements were entrusted to the Jewell-Rittman Family Funeral Home of Columbus. Memorial contributions can be made through the funeral home to Our Hospice of Southern Indiana, St. Paul’s Lutheran Church-Clifty or the Pulmonary Fibrosis Foundation. You are invited to view Michael's video tribute, light a virtual candle and send a message to the family via the funeral home website.

Michael C. Koester, 74 of Columbus, Indiana, passed away August 22, 2021 at Our Hospice of Southern Indiana. Michael was born in Batesville, Indiana on October 21, 1946, the son of Charles Koester and Carolyn (Emsweller) Koester. He married... View Obituary & Service Information

The family of Michael C. Koester created this Life Tributes page to make it easy to share your memories.

Send flowers to the Koester family.