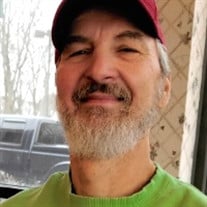 Michael Lee Freese, 65, of Nashville, died Thursday, June 27, 2019, at Columbus Regional Hospital. Michael was born April 27, 1954, in Columbus, the son of Paul and Dorval Roberts Freese. He was a hardworking and dedicated employee working at Dolly Madison Bakery for over 30 years until it shut down, then working at Bloomington Transit until his passing. He loved the outdoors, fishing, mowing and spending time with his grandkids. He was a quiet man but a loyal friend. The funeral service will be at 1 p.m. Tuesday, July 2, 2019, at Jewell-Rittman Family Funeral Home with the Rev. Bob England officiating. Calling will be 4 to 8 p.m. Monday and one hour prior to the service at the funeral home. Burial will follow at Garland Brook Cemetery. Memorial donations can be made to the American Heart Association in his memory. He is survived by his daughters, Lindsay (Tim) Sanabria, Megan Williamson and Michelle Freese; his mother, Dorval (Roberts) Freese Chatham; a sister, Paula (Phillip) Denbo; stepbrother, Rick (Sheryl) Chatham; grandchildren, Ashton Freese – Gastil, Preston Sanabria, Emma Williamson, Isaiah Williamson, Eli Williamson, Clayton Williamson, Emily Miller, Jacob Miller, Maya Jimenez and Vincent Jimenez; and Dianna Wagner Freese, mother of his children. He was preceded in death by his father, Paul Freese; step-dad, Dallace Chatham; grandparents, Ray and Vera Freese and Roy and Ona Roberts; and his nephew, Chad Denbo.

The family of Michael Lee Freese created this Life Tributes page to make it easy to share your memories.

Send flowers to the Freese family.