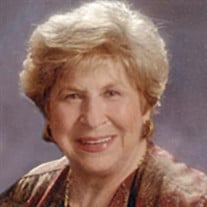 Maxine Joan Williamson, 86, of Elizabethtown, died at 8 a.m. September 24, 2019, at her home. Maxine was born February 28, 1933, in Balfour, North Dakota, the daughter of Willard and Verla Wastwet Kohler. She married Rod Williamson May 24, 1952. She was a member of Grace Lutheran Church where she was involved with the choir and taught both pre-school and Sunday school. She was also a member of Golden K Kiwanis, serving as president 2009-2013, and was associated with the Orphan Grain Train. The funeral will be conducted at 11 a.m. Monday, October 14, 2019, at Grace Lutheran Church with the Rev. John Armstrong officiating. Calling will be 10 a.m. Monday until time of service at the church. Following the service, inurnment and a wake celebrating Maxine and her daughter Twila’s lives will be held at 2 p.m. at Mt. Zion Cemetery in Brown County. There will be a pot luck meal at the cemetery shelter house with the meat provided; friends and family are asked to bring a covered dish and lawn chair. Memorials may be made to Mt. Zion Cemetery Association in honor of Maxine. Survivors include her husband, Rod; son, Scott J. Williamson of Berkley, California, and a daughter, Rhonda L. Williamson of Keyport, Washington; sisters, Ardith Kohler Zatrine Paul of Bellingham, Washington, and Marsha Kohler (Mike) Fisher of Adel, Iowa; grandchildren, Nicole Lawrence of Kingston, Washington, and Olivia Davis of Brooklyn, New York; great-grandchildren, Samantha Perry, Jake Perry, Makaha Lawrence and Papi Lawrence; and Ophelia. She was preceded in death by her parents; a daughter, Twila K. Williamson; and a sister, Wilda Kohler Haigwood Smit.

The family of Maxine Williamson created this Life Tributes page to make it easy to share your memories.

Send flowers to the Williamson family.