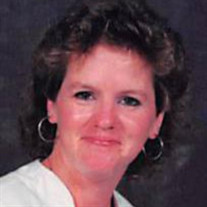 Linda Meranda, 62, of Columbus, died at 10:57 p.m., Friday, August 6, 2021, at Columbus Regional Hospital. Linda was born June 18, 1959 in Scottsville, Kentucky, the daughter of Kenneth Ray and Elizabeth L. (Shields) Smith. Linda was a member of Hope Community Church for many years. She enjoyed collecting anything that had to do with Wolves and Pigs. She loved to go fishing and hunting at her favorite place, Camp Atterbury. Family meant everything to Linda. She was especially close to her twin, Brenda. The funeral will be at 11:00 a.m. Friday, August 13, 2021 at Jewell-Rittman Family Funeral Home with Pastor Eli Johnson officiating. Calling will be from 9:00 until time of service. Burial will be at Garland Brook Cemetery. Memorials may be made to the American Diabetes Association. Survivors include a daughter, Amanda (Donald) Perry of Columbus; an identical twin sister, Brenda Sue (William) Lewis Jr. of Columbus, another sister, Kimberly Smith of Columbus; a brother, Jeff Smith of Avon, Indiana; grandchildren, Amelia and Carson Perry of Columbus; numerous nieces, nephews and cousins. She was preceded in death by her parents, and a sister, Loretta Hays; grandchild, Reese Perry; nieces, Allie Dix and Alesha Cravins; and nephew, Roger Hays II

The family of Linda Meranda created this Life Tributes page to make it easy to share your memories.

Send flowers to the Meranda family.