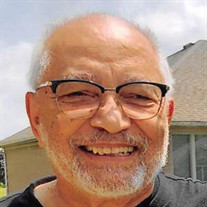 Kenneth Theodore Wilson was born Kenneth Richard Turner on September 1st, 1934 at Cook County Hospital in Chicago, Illinois. He is the son of Kenneth “Big Kenneth” Richard Turner and Norma Lorraine “ Mimi” Porter. He grew up on the South Side of Chicago, with his mother, a hairstylist and Theodore “Doe-Doe” Wilson, a mechanic, who officially adopted Kenneth. Kenneth excelled at school throughout his academic career. He was active in student government and graduated with academic honors at 17 years old from Wendell Phillips High School. He was a boxer, who also held several jobs; his first was as a newspaper salesman for the Chicago Defender. He later worked as a Chicago Transit Bus Driver and a high school History teacher. He served his country as a Marine during the Korean War and was awarded 4 medals of honor. And after earning a Bachelor’s Degree in History and Political Science from Roosevelt University and a Master’s Degree in Labor and Industrial Relations from the University of Illinois in Champaign, he would work the majority of his career as a Human Resources Professional. He was an Executive of HR at Cummins Engine Company (20 years) and Vice President at Mays Chemical Company(5 years). Visitation will be held on Saturday January 25, 2020 at Jewell-Rittman Family Funeral Home from 11:00 a.m. until 12:30 p.m. when military honors will be provided by the Bartholomew County Veterans Honor Guard. A celebration of life time of sharing will follow at the Connections Center at Calvary Church of the Nazarene. In lieu of flowers the family would prefer memorial contributions be made to Our Hospice of South Central Indiana or Faith Ministries Church. Kenneth was blessed with 3 beautiful children, Michele, Michael and Maxine as a result of his first marriage to Gwendolynn Lang who were all born and raised in Chicago. He was later blessed with another beautiful child, Lori, from his marriage to Karolyn Walker of Indianapolis. While working in Columbus, IN, Ken met and married the love of his life Patricia Feltner Wilson, and was an incredible second father to her beautiful daughter Julie. Ken and Pat were married 38 years and together they were blessed with many grand and great grand-children. Kenneth was a lover of History, Politics, great music, Westerns, all Chicago Sports teams, pop culture, and most of all, his family. In his younger years he enjoyed tennis, golf and swimming. He was even crowned a table tennis champion during his time in the Marines. Kenneth is a lifetime member of Kappa Alpha Psi Fraternity. He drew great pleasure from serving on the boards of the William R. Laws Foundation and The Columbus Visitors Center. In his retirement he enjoyed working at the Ivy Tech library. He did work for the ACLU and the Christian Theological Seminary, and dedicated his life to fighting on the side of righteousness. Kenneth leaves to celebrate his life, his wife, Patricia, his children – Michele (Eric), Michael (Cynthia), Maxine (Dewitt), Lori (Tiy-E), Julie (Dena), his sister, Allene Donnetta (George), Grandchildren: Michael Wilson, Michael Rivers, Dana Hilton, Garrett Wilson, Jordan Bradley, Joshua Bradley, Bailey Cunningham, Dianca White, EJ White (deceased), Gunnar Ortlieb, Zoe Ortlieb, Paisley Donnelly, Carlie Bogguess, & Tiy-E Muhammad II. Also 20 great grandchildren, and a host of loving extended family members and friends. You are invited to view his video tribute and share a memory of Kenneth with the family via the funeral home website: www.jewellrittman.com

The family of Kenneth Theodore Wilson created this Life Tributes page to make it easy to share your memories.