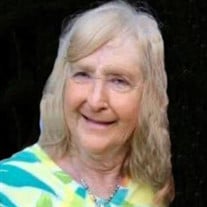 Kathyrine “Katie” Marie Birdwell, 66, of North Vernon, died at 10:05 a.m., Friday, February 12, 2021, at Columbus Regional Hospital. Katie was born January 13, 1955 in Whitleyville, Jackson County, Tennessee, the daughter of William Martin and Vesta B. (Price) Smith. She later married David Birdwell on April 3, 1973. He preceded her in death on June 1, 2001. Katie was a member of the Lighthouse Tabernacle Church. She retired from PMG in Columbus. She was previously employed at Osh Kosh Manufacturing in Hermitage Springs, Tennessee. She enjoyed spending time with her son and granddaughter, the light of her life, Kirsten. Spending time with family and friends meant the world to her. Katie was an avid Gospel music fan, often attending Hymnal sings at local area churches. Her hobbies include playing cards and watching Lifetime and Hallmark channels. She loved several dogs throughout her life such as, Killer and Roxie. The funeral will be at 6:00 p.m. Thursday, February 18, 202 at Jewell-Rittman Family Funeral Home with the Pastor Rick Leonard officiating. Calling will be from 4:00 p.m. until 6:00 p.m. Thursday before service.. Live streaming of the service will be made available at the time of services by going to www.jewellrittman.com Jewell – Rittman Family Funeral Home would like to thank everyone in advanced for wearing masks and practicing social distancing while attending gatherings. Memorials may be made to the Bartholomew County Humane Society through the funeral home. Survivors include her son, David E. Birdwell of North Vernon; brothers, Elbert Ronald (Crealoa) Smith of Whitleyville, Tennessee and William Earl (Sue) Smith of Elizabethtown, Indiana; sisters, Jewell Dean (Carlie) Cross, Elizabethtown, IN., Dorthean (David) Goodwin, Indianapolis, IN., a granddaughter, Kirsten Marie Birdwell of North Vernon; several nieces and nephews in Indiana and Tennessee. She was preceded in death by her parents, her husband, a brother, Herbert Donald Smith, sisters, Sybil Marie “Tootsie” Green, Wanda Jean “Bug” Lockett and Bonnell S. Biles. Services were entrusted to the Jewell-Rittman Family Funeral Home.

The family of Kathyrine "Katie" Marie Birdwell created this Life Tributes page to make it easy to share your memories.

Send flowers to the Birdwell family.