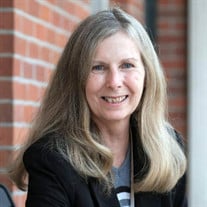 Kathleen Madden Burns, beloved daughter, sister, wife, mother and grandmother passed away peacefully, surrounded by loved ones on the afternoon of Monday January 24th. The time on this planet allotted to her by her Creator amounted to two-thirds of a century (plus one day). The time was well spent, and she made the most of it. Born on May 23, 1955, in Washington, Indiana, she was the fourth of six children of Bernard J. and Helena (Strange) Madden. As a Catholic girl in Washington, Kathy attended St. Simon Elementary School and graduated from Washington Catholic High School in 1973, as the salutatorian, although she had the smarts of a valedictorian. Kathy attended Purdue University, graduating in 1977 with a bachelor’s degree in political science. She then attended Indiana University’s School of Law to pursue her dream of becoming an attorney. She graduated with honors in 1980. As an incredibly intelligent woman and a skilled attorney from the get-go, Kathy was offered lucrative professions in corporate law, but declined because her priority was to work as a public servant. To her, the utmost priority was always to raise a family and to hold a position allowing the time with her loving husband who was her high school sweetheart, or ball and chain in her words and children. Kathy began a career as a prosecuting attorney in Lake County, a career in which she held her entire career until her retirement in 2020, albeit in different locations across the state. Kathy was a zealous advocate for victims of crimes, an attribute to the legal community and one of the most well-respected attorneys in the State. Although dedicated to her career and serving the victims of crimes, she was incredibly dedicated to her family. She and her husband were blessed with three beautiful daughters, Sarah, Kelly and Emily. Her bond with her children was unbreakable and remarkable until the day she passed and beyond. One of her crowning achievements was raising these girls to be strong, independent women and to a pillar of strength for them but their swift kick when they needed it. She was and will continue to be an amazing role model and hero for them. While her strength was resounding in the courtroom, her laughter reverberated through the halls of her office and her home. Kathy leaves behind her husband, Michael, her three daughters Sarah Barrett, Kelly Everhart, and Emily Aspenson. She is also survived by her mother, Helena, her sister Becky, and her brothers Dennis and James (Jim). She will be missed but remembered fondly by her three grandchildren Henley, Callum and Elanor. Kathy will be welcomed with open arms by her Father, her two brothers Chris Madden and Father Michael T. Madden as well as her mother and father in law Ann and Don Burns. Visitation will take place at the Jewell-Rittman Family Funeral Home in Columbus on Sunday, January 30 from 1- 5 PM, and a Mass of Christian Burial will be held at St. Bartholomew Catholic Church on Monday at 10:30 AM. A celebration of life will follow at the Elk’s from 1-4. In lieu of flowers, Kathy would want loved ones to make donations to the American Cancer Society.

Kathleen Madden Burns, beloved daughter, sister, wife, mother and grandmother passed away peacefully, surrounded by loved ones on the afternoon of Monday January 24th. The time on this planet allotted to her by her Creator amounted to two-thirds... View Obituary & Service Information

The family of Kathleen Madden Burns created this Life Tributes page to make it easy to share your memories.

Send flowers to the Burns family.