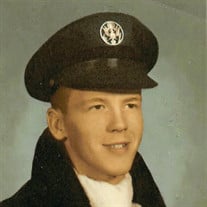 Joseph Aaron Taylor, Jr. 81, of Columbus, IN was called to go Jitterbug with his wife Sue on March 22, 2022, at 12:35 a.m. Joe wanted everyone to know he proudly served in the USAF for 28 years 2 months and 10 days then he retired in 1989. He worked for the state of WV until 2007. Once he retired from real work, he was a karaoke DJ. He played mostly at the El Dorado in St. Albans, WV. He is preceded in death by his parents, 2 sisters, and his wife, Colleen Sue (Duffy) Taylor. He is survived by 3 brothers, nieces, nephews, and 2 sons, Robert K. (Heather) and Joseph A. (Sandy) Taylor III; 2 grandsons, Joseph AARON Taylor IV and Nicklas Taylor. Funeral services with full military honors will be held at 2:30 p.m. Friday, April 8, 2022, at Donel C. Kinard Memorial State Military Veterans Cemetery, 130 Academy Dr., Dunbar, WV 25064 A small gathering, remembrance, and celebration of life will take place immediately after the funeral service at the Mausoleum of Interment.

The family of Joseph A. Taylor Jr. created this Life Tributes page to make it easy to share your memories.

Send flowers to the Taylor family.