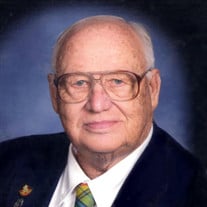 Jerry Cleek Buchanan, 80, of Columbus, passed away November 3, 2021 at Our Hospice of South Central Indiana Inpatient Facility. Jerry was born November 20, 1940 in Canaan, Indiana, the son of Gordon and Leila Buchanan. He married Janice Ernstes Bostic January 6, 1987. Jerry is survived by his wife; his children Jerry Rae (Jennifer) Buchanan of Indianapolis, Mike (Amy) Buchanan of Columbus, as well as Jolinda Buchanan of Columbus; step-children Anthony Lawrence (Sandra) Bostic, Michael D. Bostic and Juie Rae (Malcolm) Redd all of Shelbyville; grandchildren Haley (Kyle) Endres Buchanan, Jacob Robert (Allie) Buchanan, and Grace Buchanan; step-grandchildren Malori (James) Raison, Taylor (Nick) Dych, Tyler & Riley Cobb, David (Haley) Bostic, Kyle Bostic, Everett, Stuart, and Rebecca Bryan; great-grandchildren Miriam, Levi, and Ethan Buchanan, and Madilyn Endres; step-great-grandchildren Sylvie & Henry Dych, Matthew and Daken Raison, and Mason Cobb; as well as brothers James (Betty) Buchanan of Columbus and John (Karen) Buchanan of Canaan, Indiana. He was preceded in death by his parents; his brothers Richard, Dennis, and Roger Buchanan; and a step-great-grandchild Tressa Meek. Jerry was a U.S. Army Veteran, serving during the Cold War and was employed by Cummins Engine Company, retiring on February 1, 2001 after 41 years of service. While at Cummins, he was able to obtain and hold two different patents. Jerry drove a church bus, and after retirement, he drove a school bus for BCSC. Jerry loved being a bus driver, and every child he came in contact with held a special place in his heart. He loved to garden as well, and was a certified Master Gardener. He maintained two large gardens, and was especially fond of growing gourds. He and his wife were missionaries, traveling to many places throughout the world including Kenya, Jamaica, India, Haiti, and Mexico. They would help build schools as well as any other kinds of repairs that might be needed. For many years, Jerry was a little league coach for the Cummin’s Team at Lincoln Park. Most of all, Jerry loved attending events for his grandchildren and great-grandchildren. The funeral will be at 11:00 a.m. Tuesday November 9, 2021 at the Jewell – Rittman Family Funeral Home with Larry Detwiler officiating. Military Rites will be performed by the Bartholomew County Veterans Honor Guard. Visitation will be from 4:00 until 8:00 p.m. Monday November 8, 2021 at the funeral home and one hour prior to the service Tuesday. Burial will be at Garland Brook Cemetery. Memorials contributions may be made to Our Hospice of South Central Indiana.

The family of Jerry Cleek Buchanan created this Life Tributes page to make it easy to share your memories.

Send flowers to the Buchanan family.