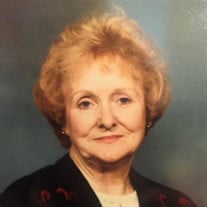 Jane Milan was born September 26, 1933 in Hazard, Kentucky, daughter of Belle Davidson, granddaughter of James and Mary Davidson. She married Edward Milan In 1950, he preceded her in death on June 7, 1974. She was also preceded in death by her sister Mary Marcum of Virginia, and James Davidson. Jane was raised by her grandparents in Hazard, KY, after her mother died at age 3. She spoke lovingly of growing up on their farm and riding her horse to visit people daily. She moved to Indiana when she got married and started a family here. She worked at Arvins, Genes Bakery, for Blanch and Henry Breeding as a private sitter and lastly, at Smith Elementary School kitchen, part-time, so she could spend more time with her grand children. She was a member of First Christian Church, she loved basketball, especially since Ed played when she met him in high school. She loved The Pacers, Reggie Miller and the Kentucky Wildcats, She attended many Columbus East Boys basketball games and St Francis Cougar games following her grandson's teams. She loved helping others, music, listening to her son Jerry play guitar, traveling to see lighthouses, playing cards and dancing. Calling hours will be from 5 p.m. – 8 p.m. Tuesday, January 12, 2021 at Jewell-Rittman Family Funeral Home. A private graveside service will be at Garland Brook Cemetery. Memorial contributions may be made to Just Friends Adult Day Services, 900 Lindsey St. Columbus, IN 47201 She is survived by her children, Joan (Mick) Peppard of Australia/Columbus, Jerry (Cindy) Milan, Teresa George and Deb (Steve) Lienhoop all of Columbus and 8 grandchildren; 5 great grandchildren and one sister, Betty Spicer of Ricmond, KY Due to the new mandate limiting gatherings to 50 people, visitors are required to wear face masks and maintain social distancing. We encourage you to share your support with the family, being cognizant that others wish to do the same. You may be asked to wait outside the building as we comply with this mandate.

Jane Milan was born September 26, 1933 in Hazard, Kentucky, daughter of Belle Davidson, granddaughter of James and Mary Davidson. She married Edward Milan In 1950, he preceded her in death on June 7, 1974. She was also preceded in death by her... View Obituary & Service Information

The family of Jane Milan created this Life Tributes page to make it easy to share your memories.

Send flowers to the Milan family.