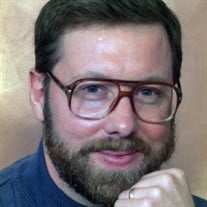 James Allen “Jim” Cramer passed away Thursday May 6th, 2021. He was a loving son and brother, devoted husband and uncle, and dedicated mentor. To his extensive work family, he was affectionately known as “Doctor Cramer”. He was born in Batesville, Indiana June 11, 1962 to Allen and Karen Cramer of Greensburg, Indiana. They survive. He graduated Valedictorian of his North Decatur High School Class of 1980. He graduated Cum Laude with a Mechanical Engineering degree in 1984 from Rose-Hulman. He married his college sweetheart and love of his life, Cindy in 1984 shortly after starting his career at Cummins Engine Company. She survives. Over his 36 years with Cummins, he worked many varied roles and was proud of the friendships he made along the way. He enjoyed mentoring numerous engineers. He was an Indianapolis Colts and Cincinnati Reds fan. He enjoyed astronomy and taking flying lessons to fly with his dad. He also enjoyed playing softball and volleyball, landscaping with his wife, spoiling his nieces and nephew, and relaxing on his property with his wife and animals. He is survived by a brother Larry (Lisa) Cramer of Greensburg; a sister Terri (Russell) Snow and nieces Leah and Lily Snow of Franklin; in-laws Tom (Sue) Anderson of Paris, Illinois; a brother-in-law Mark (Amy) Anderson of Paris, Illinois; nieces Bailey (Daryn) Harvey and Jace Harvey of Terre Haute, Indiana; and a nephew Cameron Anderson of Paris, Illinois and his significant other, Ashtyn. He is also survived by aunts Ella Mae Holtkamp of Greensburg, Lynda Greene of Fresno, California, and an uncle Tom (Pam) Orloff, as well as numerous cousins. He was preceded in death by cousins Chad Holtkamp and Adam Holtkamp; grandparents Noel H. and Verdo (Dobie) Cramer, Greensburg, Indiana and Amy and Edwin Orloff, Pleasanton, California. Anyone touched by Jim is asked to go forward living as Jim would, treat everyone with a kind word, fairness, decency and respect, tackle any project head on with a “can do” attitude, regardless of the magnitude, be brave till the end and leave your corner of the world a better place - in honor of Jim. His coworkers and friends are invited to write down their fond memories of Jim and bring to the visitation in a sealed envelope for his wife to read at a later date. Donations may be made to Our Hospice of South Central Indiana, the American Cancer Society, or the veterinary clinic on State Road 9. Public visitation will be Wednesday, May 12, 2021 from 4:00 to 7:00 p.m. at the Jewell - Rittman Family Funeral Home in Columbus. Masks are required. www.jewellrittman.com

James Allen &#8220;Jim&#8221; Cramer passed away Thursday May 6th, 2021. He was a loving son and brother, devoted husband and uncle, and dedicated mentor. To his extensive work family, he was affectionately known as &#8220;Doctor Cramer&#8221;.... View Obituary & Service Information

The family of James Allen Cramer created this Life Tributes page to make it easy to share your memories.

Send flowers to the Cramer family.