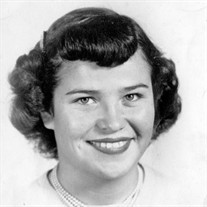 Helen Marie Kleinhenz Although she stood at only 4’11”, Helen Marie Kleinhenz’s life was towering and monumental. Her story begins in Orangeburg, South Carolina. She was born on June 27, 1936, the first daughter of Myrtle and James Baldwin, and was raised on a sharecropper’s farm. Two sisters would come into the family within the next 8 years, Carolyn Fay (Caddie Bell), and Elizabeth Ann (Libby). ‘Rie’, as her family fondly called her, was very close to her papa, and he would often bring her along on his hunting trips, or would take her into the fields where she helped him with the tobacco, corn and peanuts. She was never afraid of hard work as a child, and this trait became one of her greatest qualities. The family had a small store for a while, and she loved pumping gas and helping customers. Mostly she just loved the time she had with her papa. Life was hard during this depression era, but her family was happy and they enjoyed the simplest things in life. Marie was always athletic, and during high school was simultaneously a member of the basketball team as well as a cheerleader. When it came time to graduate, she made the pivotal decision to go to nursing school. This decision changed the course of her life, as she would meet the man of her dreams, Charles Kleinhenz while attending there. He was serving in the Air Force, and stationed in South Carolina. They met at a roller-skating rink, and after dating a short time, fell in love. They were married on March 26, 1955. As true southerner, she had never ventured out of South Carolina, but soon after the wedding she found herself heading to Chuck’s Yankee hometown of Chicago. This would be the first time she would see snow! Three children were quickly born to the young couple while living there. Things would change again when Chuck took a new job in Columbus, Indiana. The family eventually grew to 7 children, and in an effort to keep their children occupied, the couple bought a farm and raised produce and various livestock. Marie was a busy mom with her children involved in sports, church and farm activities. She worked right alongside them, enjoying the benefits that hard work brought. In 1975, she and Chuck took a leap of faith, and began a new venture. 7K Feather Farms, a local business in Columbus, Indiana, for nearly 45 years now, had it’s start. Marie was integral to the new endeavor, loading her Chevy Suburban up every day with freshly washed eggs to be sold to friends and businesses. She became known fondly as the “Egg Lady”. Sometimes she would also leave her “customers” with freshly baked cookies or other homemade treats as well. As the family business grew, Marie continued to work. She made all of the annual Christmas baskets every year, her fingers always torn and bleeding before the task was completed. She reluctantly stopped working when she was 81 years old. Marie was a member of The Church of Jesus Christ of Latter-day Saints, joining as a family in 1961. She loved the Church, and was active and involved primarily with youth activities. She was an avid Columbus North Bulldog fan, supporting her children and grandchildren in all their activities. She was known as a great cook, with cookies and treats as her specialty. She loved to travel to see family, and she loved to watch movies. Diet Pepsi was her trademark, with a great-grandchild sincerely asking, “Do they have Diet Pepsi in heaven?”. Marie and Chuck were married for 56 years. They leave a legacy of 7 children, 33 grandchildren, and 31 great grandchildren. Granny Rie was dearly loved and will be profoundly missed by her family. She was proceeded in death by her husband, Charles Kleinhenz, her parents, and a grandson, Caleb Kleinhenz. She is survived by her sisters, Carolyn and Elizabeth (Robert); son James (Tracy), daughter, Diane (Jeff Olmstead), son Larry (Annette), son Kirk (Jana), son Brice, son Grant (Paisley), and son Dean (Jen); grandchildren, Michael (Jamie), Kara (Kimi Bateman), Brent, Taylor (Nathan Kowallis), Spencer Olmstead, Katie (Kevin Welz), Samantha (Johnathan Schneider), Megan (David Payne), Evan (Molly), Orrin (Shannon), Lauren (Steele Myers), Luke (Hillary), Hayden, Gwen, Brigham, Charly, Nora, Sara, Drew, Hana, Haley, Tanner, Braden, Danielle, Mackenzie, Emma, Maggie, Elijah, Jane, Marin, Helen and Ivy; and great-grandchildren, Benjamin, Cameron, Madelyn, Austin, Grey, Griffin, Jordan, Peyton, Emme, Annie, Hank, Ruayne, Kay, Tucker, Cali, Reagan, Rylee, Samuel, Sawyer, Porter, Sadie, Wyatt, Vail, Rae, Bryn, Newton, Torren, Coleman, Tiegan, Bentley, and Laikyn Memorials may be made to Hospice of South-Central Indiana. Funeral services will be conducted at 11 a.m. on Wednesday, January 22nd at The Church of Jesus Christ of Latter-day Saints on Goeller Blvd. in Columbus, with Jeffrey Olmstead conducting. Family and friends may call from 5 until 8 p.m. at Jewell-Rittman Family Funeral Home on Tuesday, January 21st, with additional calling from 10 until 10:45 a.m. on Wednesday morning at the church. Burial will immediately follow at Flatrock Baptist Cemetery.

Helen Marie Kleinhenz Although she stood at only 4&#8217;11&#8221;, Helen Marie Kleinhenz&#8217;s life was towering and monumental. Her story begins in Orangeburg, South Carolina. She was born on June 27, 1936, the first daughter of Myrtle... View Obituary & Service Information

The family of Helen Marie Kleinhenz created this Life Tributes page to make it easy to share your memories.

Helen Marie Kleinhenz
Although she stood at only 4’11”, Helen...

Send flowers to the Kleinhenz family.