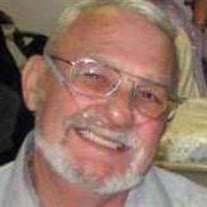 Gary Gene Zeigler, 72, of Taylorsville, died at 11:53 p.m. December 25, 2021, at home. Gary was born March 24, 1949 in Flat Rock, the son of Millard A. and Vada K. (Dykes) Zeigler. He married Clara Margaret (Burns) Zeigler, in 1988 during the month of August. Gary was very proud to have served his country in Vietnam and serving for over 27 years in the United States Army and National Guard combined. He was also involved in the Military Police. Gary was a volunteer fireman in Columbus. He worked for over 30 years Arvin’s while often holding down 3 other jobs as well. Gary was a very hard worker and man of many talents, teaching his kids how to build. He loved the outdoors and mushroom hunting. Gary would often open up his home to soldiers at Atterbury and bring them home for the holidays. A loving husband, father and grandfather, Gary will be greatly missed. A celebration of life will be at 10:00 a.m. Thursday, December 30, 2021 at Jewell-Rittman Family Funeral Home. Calling will be from 9:00 a.m. until service time. Burial will be at Flat Rock Baptist Cemetery. Military Rites will be performed by the Bartholomew County Veterans Honor Guard. Memorials may be made to Love Chapel and the Fireman’s Cheer Fund of Columbus, Indiana. Survivors include his wife, Margaret; his sons, Larry Lee (Oneica) Carmer Jr., of Elizabethtown, James (Susan) Bass of Alabama, Michael (Bridgett) Bass of Columbus; daughters, Loretta (Phil) Mahoney, Debi (Jeff) Daniels all of Columbus, Stacy Petro and (Rick) of Taylorsville; several grandchildren, several great grandchildren and one great, great grandchild. He was preceded in death by his parents, daughters, Debbie Carmer and Sandra Bowling, a brother, Art Zeigler, a sister, Edna Hensley and a granddaughter, Jerica Evans. Services were entrusted to the Jewell-Rittman Family Funeral Home. Jewell – Rittman Family Funeral Home would like to thank everyone in advance for wearing masks and practicing social distancing while attending gatherings. You are invited to light a virtual candle and send a message to the family via the funeral home website www.jewellrittman.com.

The family of Gary Gene Zeigler created this Life Tributes page to make it easy to share your memories.

Send flowers to the Zeigler family.