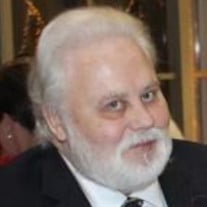 “If we live, we live for the Lord; and if we die, we die for the Lord. So whether we live or die, we belong to God." ~ Romans 14:8 Gary James Hilber of Columbus, Indiana, crossed over into eternal life on 24 December 2020 with his eyes closed and his heart open. He was born 25 April 1944 in Norman, OK to Robert James and Kathleen Marie Thompson Hilber. He married Robin Shomo on 24 April 1985. She survives him along with children Stephanie (Patrick) Kautzman of Fargo, ND; Jennifer (Brett) Johnson of Grand Forks, ND; Erin (Bernd) Brandstaetter of Charleston, SC; C. Jordan (Elaine) Hilber of Columbus; and Jonathan (Brittani) Hilber of Franklin, IN, as well as a brother, Michael (Julie) Hilber of Fargo, ND; two sisters, Shari Cannon of Detroit Lakes, MN, and Shannon (Bob) Klein of Fargo, ND; grandchildren Canon and Logen Hilber, Jacob, Abby, and Ellery Kautzman, and Amanda Oberg and Kaylie Johnson; a great grandson, Valak, and a great granddaughter, Sophia. He was predeceased by his parents and two sons, Geoffrey Michael Hilber and Justin James Hilber, who surely greeted him in heaven. In his youth, athletics were only second to Gary's faith. He was the youngest member of the Fargo American Legion baseball team which traveled from coast to coast, winning championships with Gary playing third base. He was also quarterback for the Shanley High School Deacons football team under renowned coach Sid Cichy, and was a point guard for the basketball team. Although offered a baseball scholarship to Arizona State, after graduating in 1962 from Shanley High School, he decided to attend North Dakota State University where he graduated in 1967 with a BS in Pharmacy. He worked for and opened new Osco Drug stores throughout Illinois, Wisconsin and Indiana, coming to Columbus to open the Clover Center store. He retired in 2004 after 32 years with Osco as a manager and pharmacist, and five years with Walgreens. Gary was a cradle Catholic who, when in good health, never missed a Sabbath of worship and praise for God. He was a faith filled member of St. Bartholomew Catholic Church where he and his family were involved with the school and church and served meals at Soup Kitchen for over 25 years. He also helped feed, clothe, and educate several children in Haiti through the Friends of Haiti mission. Gary attended Bible Study Fellowship for many years and enjoyed learning and sharing his thoughtful insights of God's love and mercy with family and friends. Services for Gary will be Friday July 23, 2021 at 10:00 AM. Officiating will be Father Clem Davis and Father Chris Wadelton. Visitation will be one hour prior to the service. Special appreciation is sent to Ritha and Kavika King, Kim, Jackie, Cassondra, Dean, and the staff at Heartway Home who were like family and provided loving care to Gary, and to Cara and the staff at Anew Hospice. Contributions in memory of Gary can be made to Just Friends Adult Day Services, 900 Lindsey St, Columbus, IN 47201, or St. Bartholomew Catholic Church, 1306 27th St, Columbus, IN 47201.

&#8220;If we live, we live for the Lord; and if we die, we die for the Lord. So whether we live or die, we belong to God." ~ Romans 14:8 Gary James Hilber of Columbus, Indiana, crossed over into eternal life on 24 December 2020 with his eyes... View Obituary & Service Information

The family of Gary James Hilber created this Life Tributes page to make it easy to share your memories.

Send flowers to the Hilber family.