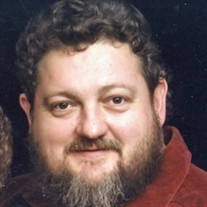 Fredrick “Rick” Warren Jackson, 74, of Columbus formerly of Santa Maria, California, went home to be with the Lord January 6, 2022 after a long battle with Myeloma. Rick leaves behind his wife of 42 years, Dorothy Ann Jackson. They were married May 21, 1980. Rick was born August 22, 1947 in Santa Maria, California to Lawrence F. And Alyce Mae Coykendall Jackson. He was raised by his doting grandmother Fern and Leo King. Rick and his grandfather had a strong, loving bond that never wavered. Leo instilled in Rick a deep love for the Lord and to always hold Him in his heart. Today he is with his beloved grandpa and our heavenly Father. Rick leaves behind his devoted wife Ann; beloved daughter Laura (Sean) Lee of Seymour; a grandson Brandon (Tara) Cox and their daughter Beatrice; additional great-grandchildren Jaco and Holly Burton and Noelle Fugate; his sister Gidget (Steve) Brandon of Surprise, Arizona; two cousins Vonda (Charles) Damore and Warren A. (Jeodesa) Coykendall both of California; as well as several nieces and nephews. Rick was preceded in death by his parents, Lawrence and Alyce Jackson; his grandparents Leo and Fern King; his uncle Dick and Ola Mae Coykendall; his brothers Leo Jackson, Larry Jackson, and Robert Jackson; a granddaughter Jennifer Cox Fugate; as well as a great-granddaughter Zoey McCollum. Rick was a member of Grace Lutheran Church, and worked as a printer most of his life. He retired from the U.S. Postal Service as a rural letter carrier serving the Hope and Hartsville areas. Rick deeply cared about those whom he came in contact with, and always strove to make the lives of those around him better. He often would tell jokes or tease those he loved, if only to see a smile on their faces. Rick was a devoted husband, father, and grandfather. He will be deeply missed. The funeral service will be at 10:00 a.m. Tuesday January 11, 2022 at the Jewell - Rittman Family Funeral Home with Pastor John Armstrong officiating. Visitation will be Monday January 10, 2022 from 4:00 until 7:00 p.m. and one hour prior to the service on Tuesday. Burial will be at Vernon Cemetery in Vernon, Indiana. Memorial contributions may be made to Indiana Right to Life or the donor’s choice of charities thru the funeral home.

Fredrick &#8220;Rick&#8221; Warren Jackson, 74, of Columbus formerly of Santa Maria, California, went home to be with the Lord January 6, 2022 after a long battle with Myeloma. Rick leaves behind his wife of 42 years, Dorothy Ann Jackson. They... View Obituary & Service Information

The family of Fredrick "Rick" Warren Jackson created this Life Tributes page to make it easy to share your memories.

Send flowers to the Jackson family.