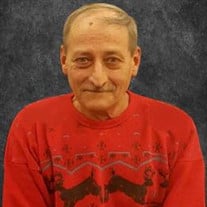 Eric M. Engle, 65, of Elizabethtown passed peacefully at his home on Sunday morning, January 9 with his son Braedon by his side. Eric was born in Elizabethtown on December 19, 1956 to Adelbert “Bert” and Geneva Meyer Engle. He is survived by a son Braedon Engle of Elizabethtown; a brother Jerry (Terri) Engle of Greenwood; two sisters Sandra (Dale) Fleetwood of Elizabethtown and Brenda (Bill) Mowry of Reston, Virginia. He was preceded in death by his parents Albert and Geneva; his uncle Randall Engle; as well as Braedon’s mother Kathy Pardieck Key. Eric was a 1975 graduate of Columbus East High School. He then traveled to the Lafayette Purdue campus to attend the Purdue Short Agriculture course. Eric worked with his uncle Randall Engle part time on the family farm until 1975, when he started farming the family land full time. Eric was proud of the fact that as of 2024, the Engle family farm will have been in the family for 200 years. He loved to dig his hands in the dirt and feel the soil while it ran between his fingers. Eric loved John Deere equipment, and in 1976, he proudly bought his first new tractor. Eric passed on his love of fishing, mushroom and arrow head hunting, as well as a deep love of nature and farming to his son. Due to Eric’s health, he passed on the job of farming the family ground to his son Braedon. Eric was a birthright Quaker and long time member of the Sandcreek - Azalia Friends Meeting. He never missed an I.U., Cincinnati Reds, or Indiana Pacers game. Eric also spent every Sunday afternoon watching the NASCAR race. A faithful fan until the end, when Eric left the house Sunday for the last time, he was wearing his I.U. hat, and the basketball game was playing on the T.V. A service to celebrate Eric’s life will be held at 2:30 p.m. Wednesday January 12, 2022 at the Sandcreek - Azalia Friends Meeting with the Rev. Fred Darling officiating. Calling will be 1:00 p.m. until time of service Wednesday. Burial will be at the Sandcreek Friends Cemetery.Memorials may be made to Our Hospice of South Central Indiana or Sandcreek - Azalia Friends Meeting. The family would like to extend a very warm thank you to all the individuals at Sandcreek - Azalia Friends Meeting for all their prayers, and the staff of Our Hospice of South Central Indiana for their care and support.

Eric M. Engle, 65, of Elizabethtown passed peacefully at his home on Sunday morning, January 9 with his son Braedon by his side. Eric was born in Elizabethtown on December 19, 1956 to Adelbert &#8220;Bert&#8221; and Geneva Meyer Engle. He is... View Obituary & Service Information

The family of Eric M. Engle created this Life Tributes page to make it easy to share your memories.

Eric M. Engle, 65, of Elizabethtown passed peacefully at his...

Send flowers to the Engle family.