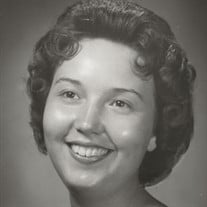 Miram “Ellen” Gelzleichter, age 77 most recently residing in Easley South Carolina, left her earthly home on February 24, 2021, to join her parents and infant son in heaven. Ellen was born on June 25, 1943, in Columbus Indiana to Charles Edwin Cox and Margaret Pauline Snyder Cox. While growing up in Columbus, she was active in East Columbus Christian Church, Columbus Assembly #26 of Rainbow for Girls, Columbus Grange #2174, and Beta Sigma Phi social sorority. She was a 1961 graduate of Columbus High School where she was involved with the Debuteens. She graduated from the Bartholomew County Practical Nurse Program in 1968. She was the nurse at Arvin Industry, a surgical tech at Bartholomew County Hospital, now Columbus Regional Health, and was an EMT with the local ambulance services. She was a Red Cross Instructor and served in national, regional, and local disasters. Upon moving to North Carolina, she was a surgical tech at Forsythe Memorial Hospital, now Novant Medical Center in Winston –Salen North Carolina. She is survived by sons Donald E. Gelzleichter (Deborah) of Easley South Carolina and Douglas A. Gelzleichter (Cindy) of Greenwood, IN. Sisters Kay Beach of King, North Carolina, Barbara Hull (Lloyd) Columbus, IN, E. Gail Vonderheide Lafayette, IN; brother John David Cox of West Warrick, RI and a granddaughter, Jamie Gelzleichter. She is also survived by several nieces, nephews, great nieces and nephews, and cousins. She was preceded in death by her parents, grandparents Arch and Ada Boyer Cox and James and Bessie Epley Snyder, and infant son Daniel E. Gelzleichter. A graveside service will be held at 10:30 a.m. on Friday, July 16, 2021, at the Garland Brook Cemetery with Pastor Tyler Tolbert officiating. Visitation will be 9:30 a.m. to 10:30 a.m. Burial will follow at Garland Brook Cemetery.

Miram &#8220;Ellen&#8221; Gelzleichter, age 77 most recently residing in Easley South Carolina, left her earthly home on February 24, 2021, to join her parents and infant son in heaven. Ellen was born on June 25, 1943, in Columbus Indiana to... View Obituary & Service Information

The family of Ellen Gelzleichter created this Life Tributes page to make it easy to share your memories.

Send flowers to the Gelzleichter family.