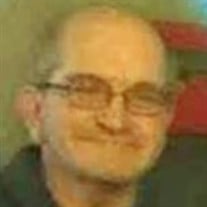 Douglas William Hamner, 66, of No. Vernon, IN., passed away Saturday, February 19, 2022 at Our Hospice Inpatient Facility. Douglas was born in Johnson County on September 23, 1955 to Jack E. Hamner and Viola I. Crosby Hamner. He married Robin... View Obituary & Service Information

The family of Douglas William Hamner created this Life Tributes page to make it easy to share your memories.

Send flowers to the Hamner family.