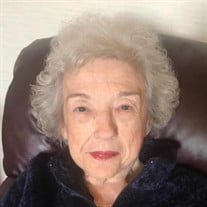 Donna Sue Howard Daily, age 85, passed from this life on January 1, 2021in her home east of Columbus. Donna was born July 21, 1935 to Raymond and Myrtle Pulliam Howard in Brown County and moved to East Columbus at a young age.Donna’s father died when she was only seven years old. Her mother worked hard to provide for the family and depended on Donna to care for her two younger brothers. Despite an impoverished childhood, Donna had a positive outlook on life. She attended State Street School and graduated from Columbus High School in 1953. Following graduation, she worked as secretary to the local school superintendent. Donna married Harold Daily on April 1, 1956, and they were soon raising four children on the farm. Donna was an excellent cook and made especially delicious fried chicken. She was determined that living in the country would not deter her children from extracurricular activities and spent many hours shuttling them to town. Donna was a member of East Columbus Christian Church from an early age, where she volunteered many hours as VBS director, VBS crafts coordinator, and high school youth sponsor. She was active in the church’s ladies’ ministryand enjoyed her Home Ec club. Donna was loyal to her friends and maintained lifelong friendships from childhood. Although diagnosed with Alzheimer’s disease several years ago, Donna remembered her family and retained her sweet personality. Her family is grateful for the loving care she received from Dr John Winikates and later Our Hospice of South Central Indiana and several caregivers, allowing her to remain at home until death. Donna is survived by her loving husband, Harold, and their four children, Susan Perry (Van) of San Antonio, Greg Daily (Michelle) of Columbus, Diana Shuman (Bruce) of Houston, and James Daily (Carol) of Hope. Survivors also include two brothers, Norman Howard of Sun City, AZ and Max Howard of Anderson, 15 grandchildren, and 15 great grandchildren. The family will receive visitors 4-7 pm, Friday, January 8 at Jewell-Rittman Family Funeral Home. A private service will be held for family on Saturday with Ron Bridgewater officiating, followed by burial at Garland Brook Cemetery.Please wear bright colors to celebrate Donna’s life. All COVID-19 mandates will be observed, including wearing masks and social distancing. The funeral service will be livestreamed at jewellrittman.com at 10 am Saturday. In lieu of flowers, donations may be made to Our Hospice of South Central Indiana or East Columbus Christian Church.

Donna Sue Howard Daily, age 85, passed from this life on January 1, 2021in her home east of Columbus. Donna was born July 21, 1935 to Raymond and Myrtle Pulliam Howard in Brown County and moved to East Columbus at a young age.Donna&#8217;s father... View Obituary & Service Information

The family of Donna Sue Daily created this Life Tributes page to make it easy to share your memories.

Send flowers to the Daily family.