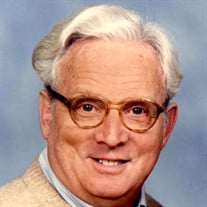 Darrel M. O’Neal, 95, died Monday, February 8, 2021, at Hickory Creek of Columbus, where he had been a resident since 2018. He was born in Clearville, PA, Oct 25th of 1925. Being a Depression Era child, Darrel learned to repair anything. Nothing went to waste. Darrel enlisted in the Army during WWII, before he graduated high school, in 1943. He was part of the 89th Infantry Division, “The Rolling W”. He earned Sergeant First Class and was a sharp shooter. He served in Germany from 1945-1946. While still enlisted, he went to Technical School in Williamsport, PA, where he met Creta Weikert and married her in 1951 in Columbus, IN. Darrel also served in the Korean War from 1950- 1952. Darrel took a job in Columbus with Hamilton Cosco, where he completed high school during night school classes. He retired from Cosco in 1988. His first wife died in 1972. Darrel remarried Vera June Freeman of Seymour in 1973. She preceded him in death in 2011. Funeral services will be at 11 a.m. Saturday, February 13, 2021 at Jewell-Rittman Family Funeral Home with Pastor Rebecca Milne officiating. Calling will be from 10 a.m. until service time Saturday. Burial will be held at Garland Brook Cemetery. Children: John (Brenda) O’Neal, Amy (Cary Phillips) Ogilvie, and his Daughter-in-law, Rhonda O’Neal. Grandchildren: Christopher (Laura) O’Neal, Alisha Clinkenbeard, Jessica (Tony) Yates, Nathaniel (Karlie) Nentrup, Kristen (Joshua) Quinn, Katherine (Eric McBee) Douglas, Nicholas (Amelia) O’Neal & Arron (Kena) O’Neal, Katrina (Eric) Pender, Kristen (Matt) Isbell and 17 great-grand children. Preceded in death by his parents, Morton and Inez (Miller) O’Neal, his first wife, Creta (Weikert) O’Neal, his second wife, June O’Neal, his son, Joel N. O’Neal, his brother and sister-in-law, Leeland & JoAnn O’Neal. He was a member of the First Church of the Nazarene of Columbus and attended Petersville United Methodist Church with Amy in later years. In lieu of flowers, a donation to either church in Darrel’s memory would be most appreciated. The family would like to extend gratitude to the many caregivers and nurses who all went beyond the call of duty in providing needed care and support for Darrel at Hickory Creek Columbus, Home Helpers Inc and others. Your life was a blessing, your memory a treasure. You are loved beyond words and will be missed beyond measure!

The family of Darrel M. O'Neal created this Life Tributes page to make it easy to share your memories.

Send flowers to the O'Neal family.