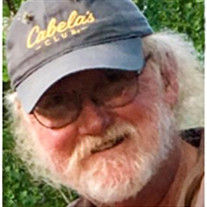 Dale B. Stelting, 65, of Nashville, died December 6th at home. Dale was born September 27th, 1954, in Columbus, Indiana, the son of Ruth and Alfred Stelting. He attended Columbus High School and graduated in the class of ‘72. He then attended the University of Indianapolis and achieved degrees in Education, Biology and Art. He also received a Masters of Fine Arts degree from Indiana State University. He was a husband, father, grandfather, teacher, coach, and lifelong scout. He taught Art and Biology at Columbus North High School for over 20 years. He was a dedicated coach in girls gymnastics and track and field. He specialized in pole vault and helped many of his athletes achieve success in high school, college and beyond; often staying in touch with many of them into their adult lives. As a Boy Scout he earned the God and Country award. As an adult he achieved the honor of being a Vigil member of the Order of the Arrow. He also received the OA Award of Merit, the Silver Beaver award, and the Boy Scout Founders Award. He was an Assistant Scout Master with Troop 190 in Nashville, a Camp Director at the Maumee Scout Reservation and a district committee member of the Hoosier Trail’s Council. Dale was a modern day renaissance man. His hobbies included fishing, drawing, painting, ceramics, hunting, running, homesteading, riding rollercoasters with his daughter and golfing with his friends. He was an avid outdoorsman, environmentalist, and a respected member of his community. He will be greatly missed. Services will be held at Sandy Hook United Methodist Church on Saturday, December 14th, at 2 p.m. Calling will be from noon until the start of the service. In lieu of flowers please consider a donation to either Maumee Scout Reservation Endowment or the Dale Stelting memorial fund through the Columbus North High School Athletics Department to support future pole vaulters. Survivors include his wife, Julie (Dilts) Stelting; son, Zachariah Stelting; daughter, Samantha (Stelting) McNamara; and grandchildren Ruth and Edith McNamara. He was preceded in death by his mother, Ruth Burgess Stelting and father, Alfred Stelting.

Dale B. Stelting, 65, of Nashville, died December 6th at home. Dale was born September 27th, 1954, in Columbus, Indiana, the son of Ruth and Alfred Stelting. He attended Columbus High School and graduated in the class of &#8216;72. He then... View Obituary & Service Information

The family of Dale B. Stelting created this Life Tributes page to make it easy to share your memories.

Dale B. Stelting, 65, of Nashville, died December 6th at home.

Send flowers to the Stelting family.