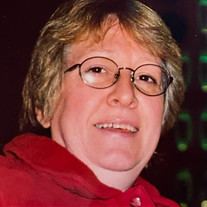 Cheryl Ann Merrifield, 66, of Memphis, Indiana, passed away Thursday February 10, 2022, at her home. Cheryl was born July 12, 1955 in Indianapolis, the daughter of Earnest Eugene and Shirley Ann Howell Greeson. She married Ron Steven Merrifield on December 31, 1972. He preceded her in death on May 12, 1996. Cheryl is survived by her children Carrie Ann (Lucas) Kirk of Memphis, Indiana and Heath James (Jennifer) Merrifield of Martinsville; grandchildren Kenneth Allen (Kaitlyn) Rike, Makaila Ann Kirk, Melanie Jane Rike, Kacey Jo Merrifield, Benjamin Paul Kirk, Jaxon Brown Kirk, and Bella Ann Merrifield; a great-granddaughter Elisabeth Ann Kirk; siblings Jeffrey Lynn (Toi) Greeson of Martinsville, Bradford Keith (Tami) Greeson of Indianapolis, Kevin Lee (Mag) Greeson of Paragon, Indiana, Carla Sue (Ronnie Daniels) Bumpus of Plainfield, Scott Dean (Patti) Greeson of Buda, Texas, Kellie Jean (Jeff) Badger of Martinsville; as well as many beloved nieces and nephews. She was preceded in death by her parents; her husband Ron; as well as a brother Steven Joseph Greeson. Cheryl was a homemaker throughout her life. After the passing of her husband, Cheryl went to work for various nursing homes, retiring from the Dietary Department at Miller’s Merry Manor in Mooresville. She enjoyed crocheting, watching “Murder She Wrote”, and working outside. Never one to sit still, she could be found visiting the local library searching for the next mystery novel to fill her time with reading. Cheryl had an insatiable Pepsi addiction, and could always be found with a polar pop in her hand. The most important thing to Cheryl was her family. She loved spending time with her grandchildren and great-grandchild. She will be deeply missed. The funeral service will be at 2:30 p.m. Tuesday February 15, 2022 at the Jewell – Rittman Family Funeral Home with Pastor Toby Jenkins officiating. Visitation will be from 12:30 p.m. until the service time Tuesday. Memorials may be made to the American Cancer Society.

The family of Cheryl Ann Merrifield created this Life Tributes page to make it easy to share your memories.

Send flowers to the Merrifield family.