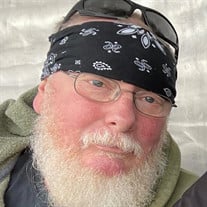 Charles Eugene Coon, 62 of Columbus, Indiana passed away at 5:47 p.m., Sept. 20, 2021 at Eskenazi Hospital in Indianapolis. Charles “Chuck” Coon was born December 23, 1958 in Columbus, Indiana to Gary Coon and Linda Ziegler Coon. He has two children, Matthew Gary Coon of Columbus and Meagen Coon of Lansing, Michigan. Mr. Coon also served his country in the Marine Corp. Chuck was known as an outgoing man, a friend to many among those he worked with at Toyota in Columbus, where he worked for nearly 20 years. When not working he had a passion for the outdoors. He enjoyed camping, shooting guns for fun and canoeing at Blues Canoes Livery in Edinburgh, as well as making regular trips to Michigan to hang out with close family friends. In addition, he attended the NHRA drag racing nationals every year in Indianapolis. A Memorial gathering for Chuck will be from 1 to 5 p.m., October 3 at his familiar hangout, the Blues Canoes Livery at the shelter house. The address for the Edinburgh location is 4220 West, 700 North. The Bartholomew County Honor Guard will perform military rites at 2 p.m. Survivors include his children and his mother; a brother, Scot (Lilly) Coon of Columbus, a sister, Amy (Ed) Coon Boston of Columbus and two grandchildren, Lilliann Coon of Columbus and Jonathon Coon of North Vernon. Chuck is preceded in death by his father. In lieu of flowers, the family encourages memorial donations to be made in his name through the Jewell-Rittman Family Funeral Home to the Bartholomew County Honor Guard and the Department of Anthropology, Donation Program, 1621 Cumberland Ave., room 502A, Knoxville, TN, 37996-1525. Arrangements for Mr. Coon were handled by Jewell-Rittman Family Funeral Home. You are invited to send a message to the family via the funeral home website. www.jewelrittman.com

The family of Charles Eugene Coon created this Life Tributes page to make it easy to share your memories.

Send flowers to the Coon family.